Quite a few of my friends read my blog. Some of them like Wendy* are even on board with the whole save enough to retire really young idea, but maths isn’t her forte as the following conversation should show:

Wendy: Can you believe Bill* just bought that big BMW*. So stupid, he makes less than I do. What do you think it cost?
Patrick: Well it was about 2 years old, so it’s probably worth around R300 000. 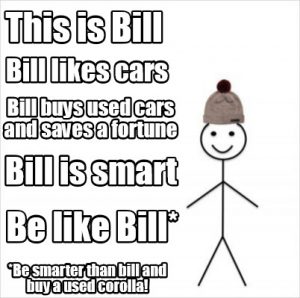 Conversations like that often have a lot of uncomfortable silence following them, especially when Ms want to be frugal bought a brand new (though much cheaper) Kia a few months back.

*Names and even cars have been changed. I’ve learnt my lesson on using even relatively similar examples before.

2) You’re bad at maths because you play the lottery
I’m really lucky with the lottery. I won R30 by not playing 6 lines last week. The week before I won R40 not playing 8 lines. I’m actually on quite a streak, I can’t remember when last I didn’t win for not playing.

Yes it’s fun to dream about what you’d do with the money, but when you know it’s really not going to happen, all you’re doing is standing in a line waiting to burn some cash while advertising the fact that you’re not a maths boff by any stretch of the imagination. 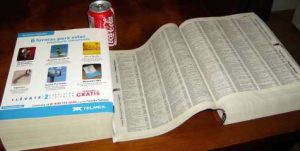 With the odds of winning at 14 million to one, that would be like taking every Telkom phone book in the country, even that giant Joburg one I always used to ramp my cars over at my grandparents house. Then cut out all the names in all the phone books. Put all those names into a hat, or rather a large dustbin, then reach in and pull out your parents name (since you probably don’t have a landline anymore). Those are about the same odds as you winning the lottery.

So there you have it, stop buying those stupid lottery tickets, and instead practice skiing. And if you’re wondering, it’s probably quite a blessing not winning the lottery as this list of people who are either broke, dead, addicted to substances or all three should prove.

Yes I know it’s fun to dream, I like it too. My dream is to press a button every night and have 8 people charge out of the pantry and wash all the dishes in 4 seconds formula one style. But the great thing about dreaming is that it’s free, you really don’t need to pay someone for the privilege.

3) You’re bad at maths because you don’t ride a bike
Besides being your kids most wanted Christmas present, bikes are money printing machines. You see, even totally inadequate at keeping up with the Joneses BMW 3 series’ costs R5 a km to drive, so if you have a 10km each way commute, that is costing you R100 a day, R500 a week, R2000 a month and R24000 a year.

Yes, you’re spending R24000 Rand a year just getting to the office. Idiot. You can buy a very nice bike for half that that, and get an investment that pays for itself in 6 months. That’s pretty incredible when the stock market average is 15 years. Plus you’d get to look better, be healthier, have loads of fun with the kids on weekends, and save the planet.

Even if you could only ride one out if every four days, it’s still a much better investment than anything you’d find on the JSE, and it’s guaranteed.

What’s that you say? You can’t ride a bike because you live too far from work? Easy, move when your rental contract ends. Oh you bought. Oh dear, you really are bad at maths aren’t you 😉 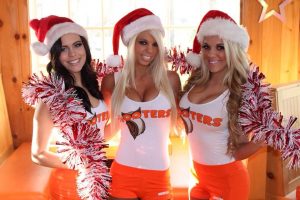 Come on people, compounding is rule 1 of retirement. I don’t want to have to call Mr Money Moustache to start administering his classic face punches to you. Don’t wake up at 45 and realise you need to save a gagillion rand a day just to afford your adult diapers one day. This is one of those times where getting a head start doesn’t just lay a good foundation, it builds the whole damn block of flats. If you only want to save for a part your life make it the first part. If your already getting on in the years then I want you to go open an account with easy equities* before the night is over, and then make your first investment this month as your paycheck hits. You’ll thank me later.

If you’re young with loads of energy, get a side gig. For those with the assets, I’ve heard hooters is very lucrative. In just a couple if years you could save enough for retirement that you would literally not have to save another cent for the test of your life. *I really have no connection with Easy Equities, but they’re the easiest to deal with, and one of the cheapest providers. ABSA is cheaper though, if you can stomach their painful service. 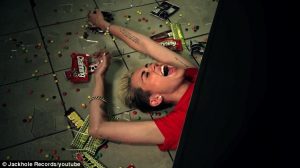 Miley vs the machine

Gulp (no pun intended) I’m guilty here. Well at times I’ve been guilty of all of these, apart from the new car issue. But I’m still guilty of an irrational fear of sharks. I know the stats and I know the chances of it happening are infinitely small. I also know I’m three times more likely to get killed by a vending machine falling in me, and I’m not even slightly scared of vending machines.

It’s something I really need to get a handle on, because thanks to diligent saving and investing, I’ll be buying a boost in the near future and will be spending my days exploring islands and the water around them. Either I need to become more rational, or someone needs to invent a shark proof wet suit.