How much do habits cost me? 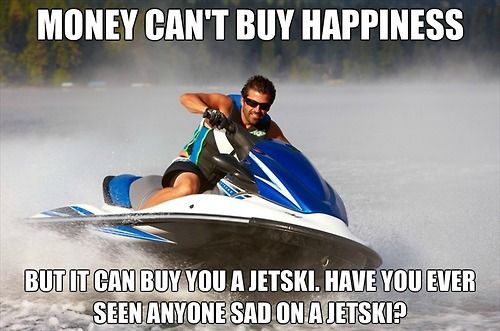 It seems like the cost of something is an easy question to answer. A loaf of bread costs R13, tyres for your car are R800 each and a box of Marlboro are R34. But being an investor, we know that costs aren’t just the sticker price, but also the loss of future income that money would have earned you. Killing some money means that you kill any future money babies (yes Steve I prefer Nedbank’s advertising, though your fees are better…) it would have had too.

So as we all want to be higher grade smartypants’ it’s a good idea to come up with ways to work out what things really cost.

Now since we can’t use the sticker price to work out the real cost of something, we need to know two things. First we need to know what kind of investment returns we would have been able to get on that money, and then secondly, we need a timeframe.

Let’s start at number one, the investment growth rate we’re going to compare to. The JSE top 40 looks like it should be reasonable to use in our comparison, after all it is the biggest ETF in the country, but with the top 40 being so deep into mining shares (see what I did there 😉 ) it means that every strike, threat of nationalisation and other petty tantrums sends the prices tumbling. Even with all of that though, the market average since the 70’s has been a tad over 16%. Over the last 10 years it’s been 21%, and  over the last 5, 21.7% (ending 30 June 2014).

But why settle for that when there’s another cheap fund that has kicked the ass of just about everyone else. A fund that doesn’t care how many doctorates you have or how many all-nighters you can put in reading the oh so exciting sens reports and watching hours of CNBC Africa. A fund that says “I see your three plex crowns and raise you a couple of percent”. You all by now know which fund I’m talking about, my personal favourite the Satrix Indi. It often boggles my mind that people will give away up to 55% of their investments to a fund manager who is likely smart enough to know that he can’t beat the market, and so invests his own money in ETFs.

A report published last month shows that the INDI did 25.7% over the last 10 years, and a juicy dripping delicious 30.6% over the last 5 (again ending 30 June 2014). That’s like having an all you can eat, fat free low carb waffle with chocolate and strawberry syrup buffet. Now I won’t tell you that’ll continue going forward, but why don’t we go for a tad under the lifetime average of 20.6% and settle on 20%. As you’ll see later it also makes a great rule of thumb for calculations.

The next thing we need is a timeframe for the comparison. As I mentioned earlier, it’s possible to only have to work for 17 years to be able to retire and live as you are while working, if you can save 50% of your salary every month. And that’s starting with absolutely no other investments or company pensions. But lets be on the slow side and say we’ll be retiring in 20 years, which was the same time frame used to show how our car could cost us a million dollars, and once again plays perfectly into my “calculate the cost in your head scenario”.

Let’s take an example. We’ll start with that red white and black symbol of all that is cool and manly, emphysema, or as some people call it Marlboro Cigarettes. You’re a pack a day smoker. I’m not going to try calculate how much more you’ll spend on healthcare or the extra detergent to try get your clothes smelling fresh again, we’ll assume you’re Bruce Willis’ character in unbreakable and that you sweat lavender oil. So your only expense is the R34 per day. We won’t even count the cost of birth control you’d need due to the extra attention you get from women for the coolness factor. So R34 is R1020 a month. Now a handy investment calculator says that over a 20 year period, that would give you a return of R3 394 650,15. Of course inflation exists, so that amount of money will be like R1 058 467,96 is today. And that’s being very kind and assuming the price of cigarettes will only rise by inflation and not by sin tax too. Either way, it’s quite an expensive habit indeed… Just for interest sake, of that R3.394 million, only R450k was contributed by you, the rest was all compound interest!

So now let’s play around with a few hobbies:

OK, so what you can see from the table above, is that you really should give up your cocaine habit. Smoking too, there are far cheaper ways to colour your teeth yellow. Looking good also costs money, especially if you’re female! Gym and DSTV cost about the same amount, so if cash is short, decide if you’d rather look like a potato, or be able to carry bags of potatoes up the stairs. And gents, if you’re thinking about marrying a golf playing cocaine snorting woman who wears contacts please think again!

Now of course I’m not knocking any of those activities, and I’m still going to encourage my significant other to keep up her waxing treatments! I’m a big fan of low carb eating, and my gym membership is going nowhere, but I do that knowing what it costs me in the long run. All I’m trying to show here is that there’s not really much of an excuse to say I don’t have any money to save so I can’t invest, when you have a few million sitting around in habits that while fun, would likely not be too missed.

Packing your own lunch will keep you looking better and give you more than a million to spend at retirement. Who needs magazine subscriptions when the internet has articles on everything you’d ever want to read for free. Golf is great fun, but if you’re not playing often, maybe pay as you play rather than keep an expensive membership going… A small monthly sacrifice now is paid back 1000 times over in the future… Sounds like a good deal to me!

Note: Even though the INDI has done well over 20% in the last 10 years, and averages over 20% in it’s history. That doesn’t mean it’ll keep doing that forever.